He furthered his leadership in Asia by overseeing the launch of W+K Shanghai and later in New Delhi. In addition to his global role, Jay served as Creative Director for the Nike U.S. account in the Portland office, where he also worked on Coca-Cola and Microsoft.

Previous to Wieden + Kennedy, Jay worked in fashion retail marketing for 12 years as Creative Director and later as Executive Vice-President of Marketing and Creative Services for Bloomingdale’s in New York City. He led the creative and marketing effort for the store’s iconic international promotions, fashion campaigns and always surprising shopping bags.

- In 2013, Design USA named Jay in their list of top ten “Most Influential Art Director of the Past 50 Years”
- Jay was also inducted into the Art Directors Club’s Hall of Fame.
- He was named by Fast Company Magazine as “100 Most Creative People in Business”
- Jay is also a member of the Retail Marketing Hall of Fame.
Outside of his work for Wieden+Kennedy and while at Bloomingdale’s; Jay has always maintained a separate creative consultancy for special projects. Studio J is in Portland’s classic Chinatown, where he is involved in real estate and retail investments, product design, interiors, graphics and editorial projects.

- Jay’s book, “Soul of the Game” received the Gold Medal at the Leipzig Book Fair in Germany in 1997
- “Soul of the Game” was named by the Copenhagen Museum as “14 Most Beautiful Books in the World”
- He was co-owner and designer of PING, named by GQ in 2009 as “10 Best New Restaurants in America”
- Jay’s interiors have been published in multiple publications including Metropolitan Home.
- Studio J curated and produced an exhibition on the most innovative young creative talent from China.
He is the founder of the Jay Scholarship Fund at the Ohio State University’s College of the Arts. Jay is a member of the National Board of the Smithsonian Institution in Washington D.C. 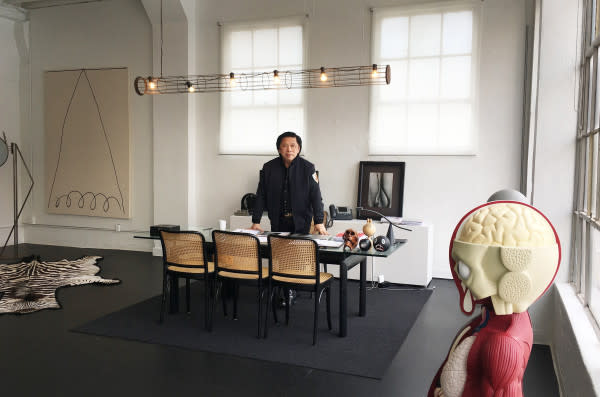 No matter what your pursuit, this may be the most valuable interview you’ve ever read.