Stanley Donwood has worked with Thom and Radiohead since 1994, designing their entire archive of artwork across albums like OK Computer, Kid A, Amnesiac, Hail to the Thief, In Rainbows and The King of Limbs, as well as thousands of original and archival pieces making up one of the world's most distinctive visual brands.
The Panic Office, a complete retrospective of 2,500 of these pieces appearing at Semi Permanent Porto 2020, is some 15-years in the making. It all started with a friendly email to Donwood in 2004, where we professed an admiration for his work and an invitation to ‘do something’. We traded ideas, concepts and timetables for a few years, before landing on the foundational concept of The Panic Office and figuring the logistical challenge of shipping two thousand framed works to Sydney.
The underlying concept of The Panic Office lies in two parts — the first is to design an experience that felt like you were living within Donwood's mind — an increasingly immersive and restless space. The other is to tell the often overlooked visual story of Yorke as one of the most defining creative voices of our time, with the help of a custom audio soundtrack and one extraordinarily deep visual collaboration.
The first iteration of The Panic Office, at Semi Permanent Sydney 2015, was a revelation. It was ambitious, cavernous, and never-ending. We built it in an enormous warehouse whose cold touch lingered on the works with perfect reverence for the source material; Thom even created a two-week long soundtrack so no one person would have the exact same experience as the next. However, this supermassive scale meant its recreation would be difficult, if not impossible (it was built as a one-off). But when the city of Porto approached us about a large-scale installation for our inaurgural event, we could not think of a more perfect fit.
So at Semi Permanent Porto 2020, we're resurrecting The Panic Office. It’s being completely re-designed and re-installed at Palacete Pino Leite, the most incredible, sprawling palace and a fitting home for an installation of such ideas. Palacete Pino Leite ('The Milk Palace') has an excellent pedigree too — originally a bourgeois residence from the mid-nineteenth century prior to its transformation into a conservatorium of music in the 70s and eventually a cultural landmark and exhibition space in the mid 2010s. It's going to give the works a layer of context and ambience that will completely reshape how one views this outstanding work, and it's location within the city of Porto is idyllic for all who wish to see it (entry is free too).
The juxtaposition between the work and this city makes sense — Thom and Stanley as voyeurs of a fractious period in world history, and Porto rising from the ashes as one of the world’s most exciting design hubs of tomorrow. It will be of great inspiration to an emerging audience, and we hope you find it as inspiring as we do.
The Panic Office will open as part of Semi Permanent Porto 2020 on the 30th October, 2020. Admission is free, with thanks to the City of Porto for their support. 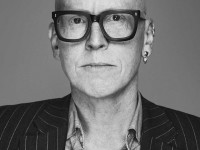