Stefan Sagmeister is not a particularly unhappy person. At least that’s what the Austrian-born, New York–based founder of design firm Sagmeister + Walsh says, when he sits down across from me in the glass-walled meeting room of the firm’s Union Square office. And his demeanor supports this. The tall, somewhat tousled 53-year-old has a charming affability and a disarming smile. But living with a decent level of happiness didn’t stop the renowned designer from wanting to better understand it, a desire that led him to make The Happy Film, a documentary that recently premiered at New York City’s Tribeca Film Festival. “The whole thing started a very long time ago when I looked at design from a couple of steps back and I thought, Why am I doing this? What’s the purpose of this? Ultimately I found that the reason why I do anything is because I think I should be happier doing something then staying in bed and watching Sopranos reruns,” he says, leaning back and sipping the espresso he’s just made. “There’s this 17th-century French mathematician, Blaise Pascal, who says basically everything that we do, we do because we want to be happier. The person who goes to war and the person who refuses to go to war, both of them do it because they think their decision will make them happier. Pascal thought that there was absolutely nothing that we don’t do from this motivation. So I thought it would be worthwhile to examine things that I’m doing through that lens.”

“Fuck, this is a total disaster. There were a lot of things I didn’t know [about filmmaking],”

That examination began with talks. In 2004 Sagmeister gave a TED Talk called “Happiness by Design.” In his presentation he included a list of happy moments in his life, from the corporeal (“1985: With Andrea in Tivoligasse, orgasm”) to the seemingly mundane (“1994: Coming back from Yale workshop in Buick”), teasing out the events that were somehow associated with design. This was just one of the many versions he gave to audiences, looking sincerely and funnily at the intersection of happiness and design. “Ultimately those talks were successful,” he says. “I got very good feedback, much better feedback than when I [only] showed design work.” The evolution of those talks into the grand-scale project Sagmeister’s examination of happiness has become, is an exemplary glimpse into his creative process. While on a sabbatical in Indonesia in 2008, where he was designing furniture—some of it inspired by the mangy dogs who lived on the Bali streets—a friend came to visit and imparted some unsolicited advice. “He thought I had some sort of duty to do something that was more helpful,” Sagmeister says, something that inspired a deeper connection with people. Sagmeister didn’t agree, but it was a comment that stuck with him. Since the response to the talks he’d been giving was so positive, he decided “happiness” would be a worthwhile topic to tackle. “I thought, Well, if I have a project I’ll do the research. For my own sake I probably wouldn’t go through the trouble of meeting scientists and all that,” he says. And why did he choose the medium of documentary film? Simply because he’d “never done one” before.
But embarking on a project of that scale with zero experience presented much more of a learning curve than Sagmeister anticipated. What he thought might take one-and-a-half to two years, quickly—or perhaps slowly—became seven; he was still making finishing touches to the film just a couple of weeks before our chat, with the Tribeca premiere looming. But it’s these challenges, and Sagmeister’s inclusion of the not-so-perfect parts, that make the project so compelling to begin with. The very first scene in The Happy Film’s trailer shows Sagmeister wearing a fuzzy pink bunny costume, hopping along the Brooklyn Bridge. The voiceover is resigned: “Fuck, this is a total disaster,” he says, his Austrian accent giving the statement dramatic flair. The sentiment was practical in nature, he tells me, running his hands through his signature mussed hair, but had existential overtones as well. “There were a lot of things I didn’t know [about filmmaking],” he admits. “Like everybody else who has seen thousands of films, as a viewer I am decently sophisticated, but as a doer it’s a very big difference. I think discrepancy creates a lot of anguish because there were very many times when I knew, This is not good. But I didn’t know how to make it better.” That uncertainty, coming from a designer whose storied confidence has even been immortalized in fruit—see the Deitch Projects banana wall installation that reads “Self-Confidence produces fine results”—makes it all the more interesting. “There were definitely points in the film that I thought, This makes me look really terrible,” he says. “And it’s awful lighting, it looks like shit so, that’s not a good combination.”

"When I looked at design from a couple of steps back and thought, Why am I doing this? What’s the purpose of this? Ultimately I found that the reason why I do anything is because I think I should be happier doing something then staying in bed and watching Sopranos reruns,”

The film takes a three-act approach to happiness, and finding that arc was one of Sagmeister’s original challenges. “In the very beginning we thought that it might be a general film on happiness, where I talk to scientists and they explain what they think about it. That turned out to be much too open. Making a film about happiness seemed like making a film about life, anything will fit in there—this glass of water, the iPhone, the table, you know?” he says gesturing to the things in our vicinity. So he narrowed it down to his own happiness—“I’m at least an expert on that”—running experiments based on a holistic scientist’s assertion that the most efficient way to elevate well-being can be narrowed to three major directions: mediation, cognitive therapy, and drugs. “I thought, Fantastic!” he says. “I’ll try them all out.” But happiness, it turns out, is much more complex, with an incredibly variety of influences at play. “I managed to fall in love during every single experiment, three times with three different women,” he says. “The experiment becomes completely useless because the falling in love part was much more important than the meditation part or the therapy part. There is an inherent sort of oddness to that.”
Falling in love or not, Sagmeister sounds like he’s become something of a happiness expert through the process, though he’d probably balk at that. He casually drops detailed statistics about a recent UN-sponsored survey that has Denmark and Switzerland at the top of the world’s happiness scale, both clocking in at about a 7.6 on a scale of 1 to 10. His own level of happiness has increased since the inception of the project, from, he says, a 6.9 to a 7.5 on average. Which leads me to ask, Can happiness truly be measured? “At the end of the day I make a note. I say, ‘Oh today was an eight day.’ It’s literally as stupid as saying exactly that,” he says. “When I started this whole thing and found out that that’s basically what scientists ask people I thought, This is stupid. How can this possibly be a scientific method?” But after talking to Daniel Gilbert, a positive psychologist at Harvard, who asks people to rate their happiness then measures their physiological response to the emotion with an MRI scan with extremely similar results, Sagmeister realized it’s actually a reliable system of measurement. He tells me that today will land somewhere between a 7 and an 8. “Easily possible for an 8 because I had a great run in the morning,” he says, matter-of-factly, before continuing like someone who’s been analyzing his own happiness for the better part of a decade. “Today is one of the first really fantastic spring days. I worked on some ideas and came up with some stuff so that’s satisfying. And now is the easy part of the day. I’m meeting a friend from Italy later and that’s going to be fun too.”

“When I started this whole thing and found out that scientists basically ask people, I thought this is stupid. How can this possibly be a scientific method?”

It’s personal details like these the designer has injected into the project that have helped it resonate with so many people, well beyond the design world or reach of the documentary. “The Happy Show,” an exhibit Sagmeister + Walsh put together for the Institute of Contemporary Art in Philadelphia in 2012, is one of the surprising offshoots this project has inspired. The show included enormous graphics, journal entry–like copy handwritten by Sagmeister, and interactive installations. One such installation featured sugar cubes that spelled out “Step up to it,” a phrase inspired by Sagmeister’s therapist’s recommendation to be more confrontational. Smile detection software hidden in the sugar cubes caused them to change color if the viewer was smiling, inspiring them to smile, which then caused other show goers to smile. “It actually raises the mood of the show,” Sagmeister says. This is just one of the reasons the exhibit has gotten the response it has—350,000 visitors and counting, with runs in Los Angeles, Toronto, Vienna, Paris, and now Frankfurt. “We were surprised that other museums wanted it,” he says, crossing and uncrossing his legs. “We thought, Oh, we are going to get a lot of shit in Europe. We thought people would be like, ‘He’s been in America too long. His brain went soft and now he’s all happy-pappy.’” But they were wrong. “I’m sure that there are people that I might not have heard from that do think it’s all silly but the feedback that I have received is basically 99 percent incredibly positive,” he says. That feedback comes in the form of emails, hundreds, maybe even thousands, of them. “Normally feedback you get is from a designer who’s looking for a job,” he says. But these letters run the gamut, from a 15-year-old boy who’s just had his first kiss to proposals of marriage. As the sun sets over the city, and the light in the glass-walled meeting room softens to orange and then pink, I ask the designer if, after reading these letters, seeing this snowball effect, and witnessing the response from so many different people from all over the world, he’s rethought his friend’s suggestion that this kind of inspiring work is his duty after all. “Ultimately I think it’s more like a desire. All of us want to do work that has meaning. It doesn’t matter if we sweep the streets or are journalists or are designers or are mayors. Things have meaning if my work could help somebody or if it could delight somebody. And then here and there, very, very, very few times there is something that might do both,” he says, leaning forward with his elbows on the table. “Then I think, OK this was a good day.”
Illustrations done by the amazing Alexander Wells. 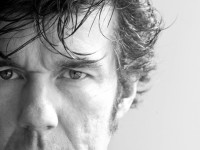